A commercial or industrial In-Building Cellular Enhancement System, commonly implemented in conjunction with a distributed antenna system(DAS), is a telecommunications solution which is used to extend and distribute the cellular signal of one (or more) cellular carriers within a building.  In the United States, operators commonly supported by such solutions include AT&T, T-Mobile, Sprint and Verizon Wireless, in addition to smaller regional or local carriers.  Below grade level, large buildings and high rises are examples where mobile phones are unable to properly reach the carrier’s macro or outdoor network.  In these environments, the in-building cellular enhancement system will connect to the carrier’s signal source which is typically a bi-directional amplifier or a base transceiver station. This signal source transmits (and receives) the mobile network operator’s licensed radio frequency. This frequency is then transported within the building using coaxial cable, optical fiber or other specialty ultra-low loss cable. In-building coverage antennas are strategically placed to provide the best overall coverage for users.

A cellular enhancement system does not read or modify the information represented within the radio frequency (RF) that passes through the system; rather, it reinforces the signal penetration of voice and data frequencies in low signal areas and in dead spots within structures, e.g. basements and lower levels. Amplifying signal penetration via this method enables mobile subscribers to maintain connectivity to their carrier’s voice and data services; additionally, such systems mitigate the mobile handset battery drain associated with heightened internal antenna activity when coverage is weak or insufficient. These systems are very secure. The cellular enhancement system cannot be used to eavesdrop on voice conversations, email messages, or web surfing. The technology is advanced, but the theory is simple.

Cellular service in various ways was invented in the mid 1900’s, but became widely accepted, affordable and used throughout the 1990’s. The first analog cellular signals were very strong (easily able to penetrate structures and travel long distances), but as the technology has advanced through the years – signals have become less powerful. The trade-off is that those same newer generation networks and signals (2G, 3G and 4G) now carry a much higher capacity and at much higher speeds. The “G” in 2G, 3G and 4G simply stands for “GENERATION”. Current carrier’s networks consist mainly of 3G and 4G/LTE networks, but there are still a fair amount of 2G (today, typically referred to as “Legacy” networks) in rural areas. About 98%+ of the USA’s population has cellular coverage available through one or more of the generation technologies.

As the industry evolves and technology advances, most carrier networks are made up of 3G based services and are quickly migrating towards 4G / LTE based services. Traditionally, carrier services were delivered within two frequency ranges which are the 800 MHz band and the 1900 MHz band. In-building cellular enhancement systems designed for 2G and 3G (primarily voice-based services) are no longer sufficient to support 4G / LTE services since signal strength and signal quality specifications have become more stringent as the applications move from a voice centric paradigm to a high speed data centric paradigm. Therefore an existing system designed to provide good quality 3G services is insufficient and unable to provide quality 4G / LTE services. Additional frequency bands have been auctioned by the FCC resulting in increased capacity for each of the carriers which have implemented HIGH SPEED 4G / LTE services in the 700 MHz and 2100 MHz frequency ranges.

The current 3G (3rd Generation) frequencies and technology were invented in late 1999 and early 2000 in Japan. These were later commercialized in the USA for higher data speeds and reliability. In 2015 MOST PHONE CALLS and TEXT MESSAGING STILL WORK THROUGH THE 3G TECHNOLOGY. 3G technology is still relevant and represents more than 50% of cellular frequency use. While the cellular technology, cellular bands and cellular phones are constantly changing and advancing — 3G remains the strong foundation of cell service.

4G (4th Generation) technology and more recently LTE technology are faster forms of data transmission (streaming video, music, etc.), but still plays a limited role in phone calls or text messaging. Each of the carrier’s owns their own block of frequencies (Uplink and Downlink) and transmits and receives signal in their way and at their own speed through their own technology, but the one thing that has remained constant for nearly 15 years is that the vast majority of phone calls and text messaging happens through 3G technology.

View all posts by: Berk-Tel

Fill out my online form. 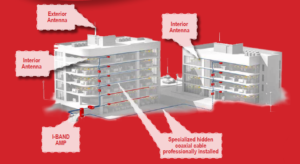